Over the past two weeks I have worked 7 fifteen hour days, I have spent 4 evenings after work helping a friend pack for their upcoming move, and I even managed to do laundry one day. Woo. Quite frankly, I am exhausted. As a result, my in-the-moment posts to Twitter and Facebook have been almost non-existent. I honestly didn't think much of this because my re-tweets and random status updates about "what I'm doing right now" have never been the most popular of my posts, but something interesting has happened: My number of followers has stayed the same. Now, for someone starting out who is used to seeing lots of growth, this was tragic initially. I was crushed. I sat in front of my computer screming, WHY DON'T YOU ALL LIKE ME ANYMORE?!" (not really) until I realized: Spontaneous A/B test! Yeah! I slowly started adding things to my Hootsuite line-up to see what the changes would be throughout a couple of weeks, and this is what I discovered:

To be engaging on Twitter you have to realize what kind of platform it is: It is quick to read, quick to process, quick to write and quick to update. You can't post about the same stuff for a week on Twitter, you'd be slowing down the curve. Twitter is more about impressions than engagement, let's be honest. Engagement on Twitter is still rather distant engagement. It's a sharing platform, and it's fantastic as a sharing platform. But it's not a "let's start a super in-depth conversation and debate and learn about each other" platform. That would take too long. So, Twitter Rule #1: Post everyday. Twitter Rule #2: Post at least 1 new thing every second day. Otherwise you get stale. Use feedly or your blogger reading list for links to new articles, and post them if you want. Post a new office selfie. But do something new. Your Twitter feed will not have a long shelf life before it goes stale, believe me. Twitter is known as "Facebook but with just status updates," for a reason. Because it needs to be up to date. Also keep in mind, Twitter is international. Because you don't have friends lists or "Places," everyone from everywhere is going to see your everything. If you're like me, you'll actually get excited when you see someone local to you because it happens so rarely. For e-commerce and social selling, this is a really cool feature because it gives you such an incredibly large and diverse marketplace. But if you're a small contractor seeking renovation work in a specific city, for instance, it may not be the best for you.

Facebook, on the other hand, is very engagement-focused. It's like that clingy neighbor that will only lend you his snow blower if you agree to come over for charades. In layman's terms, if you aren't posting on other people's pages, they're not finding yours. Find pages you think you can help or can help you, or that simply have a demographic following you are looking to latch on to, and start sharing, commenting and liking. You don't need to post your own content every day here, a couple of times a week may even be enough. Facebook Business Pages are almost like a social media blog platform, not far from Tumblr but less hipster in origin. Be active, but most importantly be a part of the community. People want to see the connections you're making, which makes sense, considering Facebook started out as a way to see people's relations. Facebook is, in my opinion, the best platform for targeting local customers. You can invite your friends who then invite their friends, and outside of that you can search for others' pages by name, description or location. You could still make yourself an international sensation, as many have, but especially if your goal is more local recognition, Facebook is the way to go for you.

On both, you need to be engaged for people to want more of your page. On Twitter you are engaging in your content, and on Facebook you are engaging in your business "neighborhood." I think it's good to have both simply because of how different they are. Your audience is going to see different sides of your brand on each, and you're going to appeal to customers who appreciate both what you're doing for yourself and what you can do for others. Personally, I'm glad I discovered these differences because Facebook has never really been my jam - in that I don't enjoy my time on it that much. Now maybe I can embrace it a bit more wholeheartedly.
Posted by Cassidy v. Ros at 7:10 AM 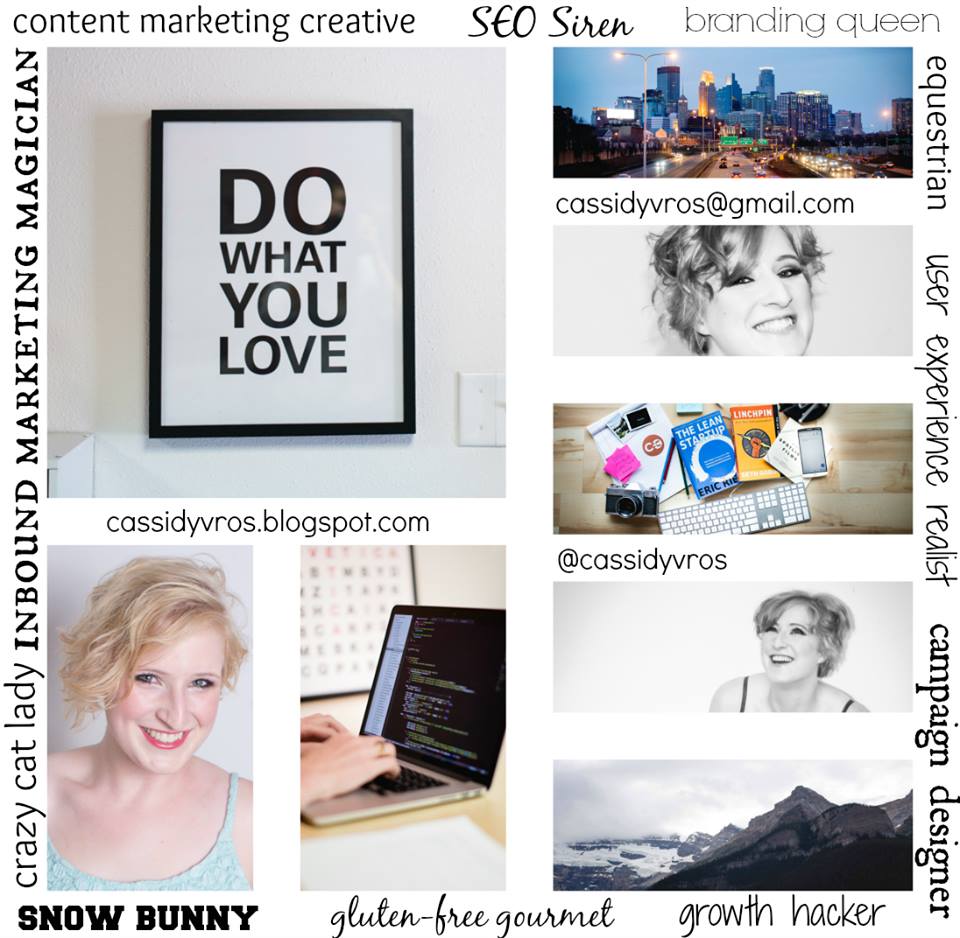 Cassidy is an online marketing consultant based out of Vancouver, BC. She specializes in content creation for LEAD generation and inbound marketing purposes.